Take Andrew with you. 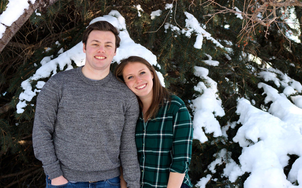 Andrew has worked for SoftSource since 2020.

I first started programming before going to college in 2010. I programmed some really lame video games on my laptop in Java. I liked how laid back it was, and that I got a taste of what it was like to create something fun.

I helped design and build a service that detected holocaust victims that are added to a genealogical tree. Before this service a group of people had to manually search through hundreds of genealogical trees to find potential holocaust victims. This new service allowed those people to focus on more important things. It also helped relatives of these victims easily find and identify their ancestors. This was so successful for me because I got to build something that had a direct impact on the lives of our customers.

The biggest lesson I have learned in my career is that it’s okay to fail. As an engineer I always want to create a successful product with no problems, but that rarely happens. It’s important to me to fail fast and ultimately make a product that is stronger because of the failures along the way.

Do you prefer bacon, sausage or neither?