Take Ian with you. 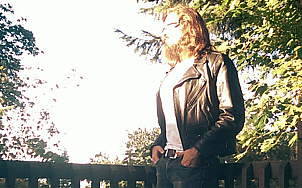 Ian started at SoftSource Consulting in 2016.

I actually had not programmed a single line of code prior my first assignment at the DigiPen Institute of Technology. DigiPen believes pretty heavily in teaching “from the ground up”, so I started my education using Notepad++ to write C programs and gcc to compile them. I won’t pretend that I was a natural, or any kind of savant—it took me considerable and repeated effort to train my brain to operate in the right way, to process problems in a manner best suited for programming. But I persevered, and that, really, is what I enjoy most about this line of work: Learning through adaptation. Applying experience where possible and intuition where necessary; employing a marriage of theory and practicality; moving with decisive celerity to make the best solution manifest as quickly as possible.

I recently had the pleasure of helping revitalize a classic Xbox 360 title for its ten-year anniversary re-release. Cracking open a decade-old engine, which was itself built upon a framework that is no longer supported, in order to add business intelligence telemetry—to both the client and the server—was no easy feat, but there’s a great deal of satisfaction that comes from knowing that all of the anti-cheat technology behind the game is now being driven by that initial effort.

Any solution that works, at least initially, is the “right” solution. Only at a later date, when it comes time to revisit the solution in order to add or change something, does it become apparent whether or not this solution was the “best” one. If the alteration proves difficult, there is almost certainly a better way.

Without computers I would almost certainly be a writer of some kind. I absolutely love to write. When I was in high school, I eschewed all but the barest semblance of a social life in favor of writing (but never publishing) a novel. Even now, there are a handful of writing projects to which I turn my attention whenever I find a moment, and I endeavor to write short stories with at least a vague semblance of regularity.

My wife and I have a couple of large, high-energy dogs; they give us a pretty good excuse to get out of the house and either walk around the neighborhood or hike out into nature. Additionally, our mutual love of food and good eating (and not exclusively “fine dining”) means that you are just as likely to find us at St. Jack on 23rd as you are to find us collaborating in our own kitchen. Food is love, and I want to try as many different varieties of it as I possibly can.

The world needs but to ask; I am a genuinely open book and don’t really have an aversion to delineating anything about myself.