Take Jarrod with you. 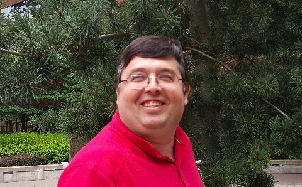 Jarrod started at SoftSource Consulting in 2016.

My first experiences programming run back to when I was six. The Commodore 64 had just come out, and I began making short little games in BASIC. It didn’t take long for me to realize that while I could make many games in BASIC, I couldn’t quite come to the level of the polished games. At that point, I added 6502 Assembly to my repertoire, and was able to craft more games. The thing I liked most about programming on a C64 was the fact that it felt like anyone could do it. The language and OS were built in, ready to be used, and the sense of excitement and wonder that came from programming it directed my future.

I worked on a project that involved data analysis and presentation of the data from multiple electrical meters over a long period of time. This data was used to show trends and situations in the dataset that could be used to save customers thousands of dollars in downtime losses and electrical issues. The breadth of technology we used, as well as the smaller team size, and the rapid development sprints made this project feel especially successful when we delivered early with full features.

Detaching the ego from the work is the best way to arrive at the correct solution. Sometimes my solutions to a set of tasks may be the best solution. However, other times, they may not be the best ways to address the tasks, and keeping an open mind and learning always allows me to deliver the best product.

My career would probably involve something in a mathematic or scientific capacity. I would want to be doing something that involved analyzing or constructing systems, both to understand how the world around me works, and to be creating within my own worlds.

I would probably be reading or writing science fiction or technical books. I also watch some sports, including soccer, and am looking into biking and hiking throughout the Portland area. If it’s winter, I’ll probably be reading. Summer, I’ll be doing something outdoors.

Ultimately there are a series of rules I live by in my work, and they revolve around the phrase “Do the Right Thing.” If I don’t know what that Right Thing is, I seek to understand it. If I do know, I work hard to maintain it. I don’t just write code, I build software and systems, and I view myself as a craftsman who can only take pride in his work when I know that I’ve done the best I can.