Take Joseph with you. 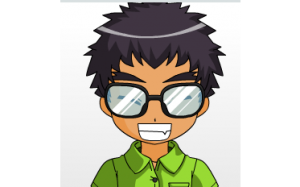 Joseph started at SoftSource Consulting in 2015.

I had always been into computers since I was little. Always playing on it and using it whenever I got the chance, which led me to majoring in computer technology in high school. The classes were about computer maintenance, repair, installation, and the like for IT support. When college came around, the aspect of programming sounded interesting and so I majored in computer science. I first started programming in a college course called CS 161: Introduction to Computer Science. We were taught Java at the time and used the Big Java book. I programmed on my Lenovo ThinkPad T400 using the Eclipse IDE. I remembered being eager to attend lecture and lab periods where we often programmed in pairs.

My greatest achievement so far would be creating a mobile friendly website for a company’s consumer facing portal where users would log in and make a quick payment for their medical bills. It was supposed to be temporary solution until the company decided to do a remake of the entire web application. With about 2 months of work, we were able to push it live. It helped greatly that I had a knowledgeable software architect guided the direction and the company knowing exactly how much functionality it was going to provide.

Continue to learn and grow as much as you can as things are constantly changing.

I think my career would be something in engineering perhaps electrical since I enjoy solving problems and I did enjoy an electrical class back in high school where I did some soldering.

This is a tough question to answer since I’m always in front of my computer but when I’m not it’s either watching anime or LCS on my TV or playing my PS4 or Wii U.