Take Laurie with you. 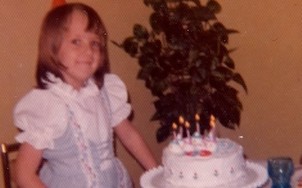 Laurie started at SoftSource Consulting in 2014.

I started programming in BASIC on Apple IIc computers, which were the first computers my school ever had. I had so much fun learning skills on these new machines that I spent lunchtime and hours after school programming in our makeshift computer lab. That same year, I wrote a “Choose Your Own Adventure” style application on the Apple IIc and submitted it for an assignment in my English class. That was the first time I saw how a computer could be useful in other domains and not just a fun toy in and of itself.

The project that I found the most successful personally was writing cross-platform apps for iOS and Android in C#. Using the experience I already had on the Microsoft stack to create apps that run on my iPhone was mind-blowing for me. The people on the project were really smart and good to work with, so we were able to ramp up as a new team to deliver an app from requirements to ship in a surprisingly short time. Another particularly interesting project was one funded by the Department of Defense about planning training for the military. In that project, I again got to work with a great team. When the time came for delivery, I stood in front of an audience of ~200 people, many in uniform, and presented a demo and explanation of our work. It was the largest group I ever had to demo for, and there is a video of it somewhere. But I’m not telling where.

I’ve learned that people make a bigger difference than technologies. The team can make or break a project.

I would either be teaching or researching human behavior. Both of my parents were educators, so I think that’s in my blood. If I got tired of that, I would study how humans make decisions and why they choose to act the way they do.